The 3 Elements of Trust 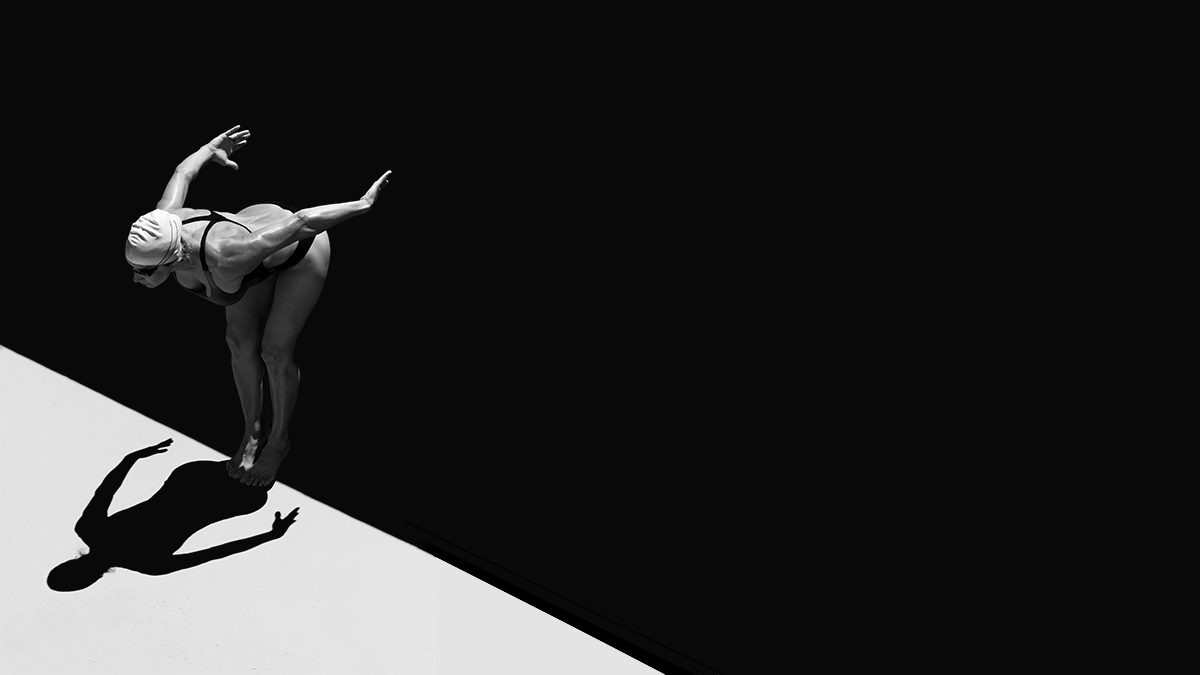 Ben Welsh/Getty Images
Summary.   As a leader, you want the people in your organization to trust you. And with good reason. In our coaching with leaders, we often see that trust is a leading indicator of whether others evaluate them positively or negatively. But how to create that trust, or perhaps…

As a leader, you want the people in your organization to trust you. And with good reason. In our coaching with leaders, we often see that trust is a leading indicator of whether others evaluate them positively or negatively. But creating that trust or, perhaps more importantly, reestablishing it when you’ve lost it isn’t always that straightforward.

Fortunately, by looking at data from the 360 assessments of 87,000 leaders, we were able to identify three key clusters of items that are often the foundation for trust. We looked for correlations between the trust rating and all other items in the assessment and after selecting the 15 highest correlations, we performed a factor analysis that revealed these three elements. Further analysis showed that the majority of the variability in trust ratings could be explained by these three elements.

The Three Elements of Trust

By understanding the behaviors that underlie trust, leaders are better able to elevate the level of trust that others feel toward them. Here are the three elements.

Positive Relationships. Trust is in part based on the extent to which a leader is able to create positive relationships with other people and groups. To instill trust a leader must:

Good Judgement/Expertise. Another factor in whether people trust a leader is the extent to which a leader is well-informed and knowledgeable. They must understand the technical aspects of the work as well as have a depth of experience. This means:

Consistency. The final element of trust is the extent to which leaders walk their talk and do what they say they will do. People rate a leader high in trust if they:

We wanted to understand how these three elements interacted to create the likelihood that people would trust a leader. We created three indices for each element and since we had such a large dataset, we experimented with how performance on each of the dimensions impacted the overall trust score. In our study we found that if a leader scored at or above the 60th percentile on all three factors, their overall trust score was at the 80th percentile.

We compared high scores (above 60th percentile) and low scores (below the 40th percentile) to examine the impact these had on the three elements that enabled trust. Note that these levels are not extremely high or low. Basically, they are 10 percentile points above and below the norm. This is important because it means that being just above average on these skills can have a profound positive effect and, conversely, just being below average can destroy trust.

We also found that level of trust is highly correlated with how people rate a leader’s overall leadership effectiveness. It has the strongest impact on the direct reports’ and peer overall ratings. The manager’s ratings and the engagement ratings were not as highly correlated, but all the differences are statistically significant.

Do You Need All Three Elements of Trust?

We were also curious to know if leaders needed to be skilled in all three elements to generate a high level of trust and whether any one element had the most significant impact on the trust rating. To gauge this, we created an experiment where we separated leaders into high and low levels on each of the three pillars and then measured the level of trust.

Intuitively we thought that consistency would be the most important element. Saying one thing and doing another seems like it would hurt trust the most. While our analysis showed that inconsistency does have a negative impact (trust went down 17 points), it was relationships that had the most substantial impact. When relationships were low and both judgment and consistency were high, trust went down 33 points. This may be because many leaders are seen as occasionally inconsistent. We all intend to do things that don’t get done, but once a relationship is damaged or if it was never formed in the first place, it’s difficult for people to trust. 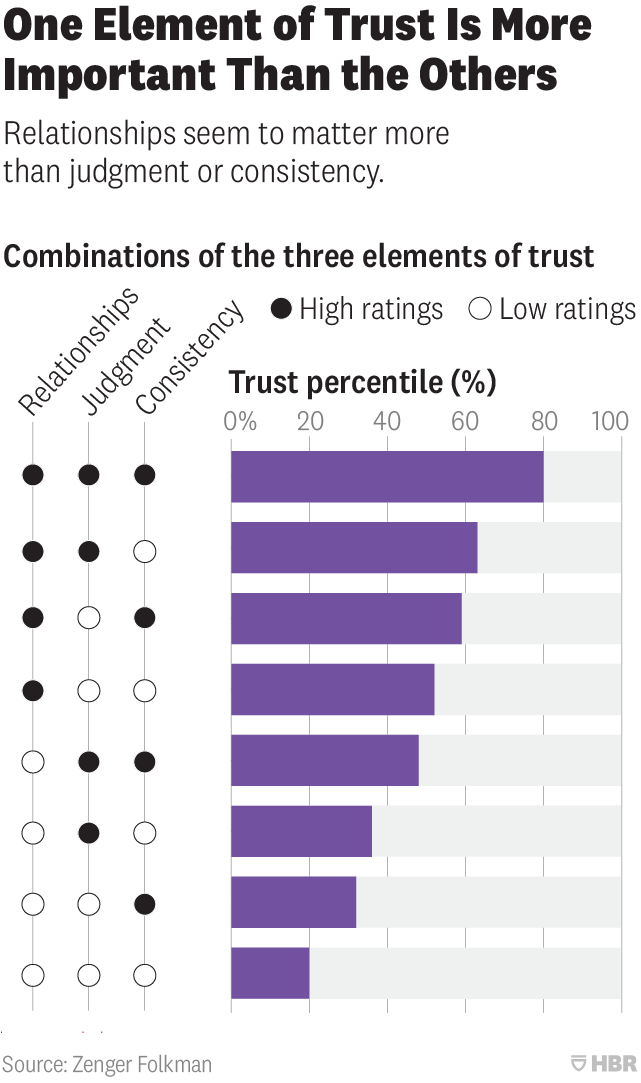 As a subscriber of the Harvard Business Review, I feel that they publish some excellent articles on leadership, about growing leadership and achieving leadership.